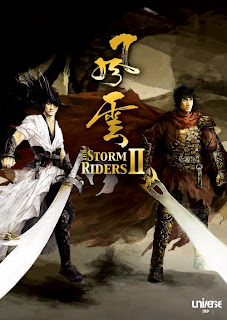 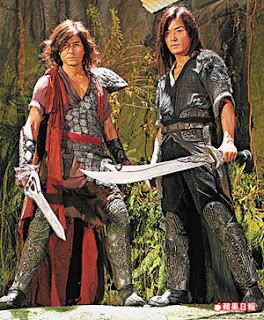 Storm Riders first appeared on our movie screens
in 1998 with Ekin Cheng playing as Wind and
Aaron Kwok as Sky. It got extremely got reviews
and was king at the box office. 10 years later, we
have Ekin and Aaron back reprising their roles with
a brand new story for their reunion.

The Pang Brothers stressed that “Storm Riders 2″ is not a remake nor a sequel to the former and will instead sport a brand new story of its own. Aaron said that acting as Cloud now and 10 years ago will be totally different and hopes that it’s even better this time. He believes viewers are in for a wonderful treat.

Besides the two main leads, other main characters in the movie have also been decided already. Charlene Choi will be casted as Second Dream, Nicholas Tse plays the villian Jue Xin while Simon Yam plays his father, Jue Wu Shen.

This movie will be heavily budgeted and aims to be the most perfect CGI movie in history. The production team are the ones who produced “Re-cycle” and “The Warlords” and they will stop at no cost to make sure everything turns out right.

Filming begins at the end of March and in cinemas by the end of 2009.